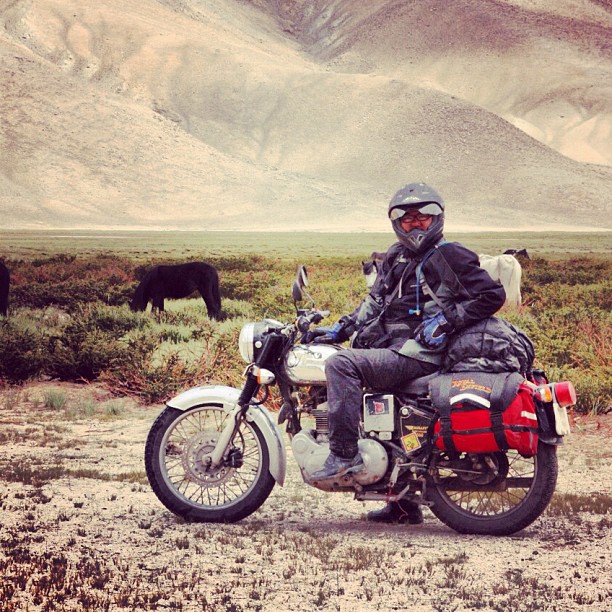 This was written in response to a Quora question.
The question was “Why trend to purchase bullet bikes increased in India?”

I think bikes (as most other things) are bought not only for its functional relevance but for its psychological relevance. (If you can commute ably with a 35k bike, why would you spend a lakh more on a bike which essentially is a bulkier, less advanced machine?)

The purchase of bullet is purely a matter of fulfilling a psychological need. So the question is – what is the psychological need being met by Bullets and why are more people in India feeling that particular need?

Bullet is uniquely manly. While Pulsar is ‘definitely male’, it is also immature. Pulsar is boyish, bullet is manly.
Most fared bikes are positioned to younger audiences. They answer the need of adrenaline rush.. what we call ‘potency needs’. Its the quintessential teenage need to feel on the edge. Bullet is not for these men (boys).
Bullet has been traditionally used by people in armed forces, government services.. so it has a connotation of authentic power. When modern bikes were introduced as being ‘definitely male’ and such for the teenagers-at-heart, the bullet automatically got positioned as the ‘authentic’ men’s bike, due to its lineage. Substance v/s show.
Bullet – less advanced, heavier, slower, louder.
New fared bikes = advanced, lighter, faster, refined.

Bullet has a stronger ‘physical presence’. slow, heavy  and loud = a more assured and solid rider imagery.
New bikes, even if they are technologically better, being quick and light – they seem (to people with masculine anxieties) as less robust and less manly.

The reality is most Indian men are still boys. not completely responsible for themselves, and proud of it. afraid of women, yet dreaming of ‘conquering’ them. Depending on parents well into late 20s (if not later too.) essentially, incomplete men. Pose them a real challenge in life and they would rather leave for Himalayas.

In a world of youngsters facing identity crisis, Bullet gives an unambiguous Indian identity of rugged macho.
In a world of sanitised skyscrapers and sedentary lifestyle, Bullet fills the need to belong to the rawness of Bharat, the earthen macho.
In an increasingly risk-averse society, the bullet lends an identity of the ready-for-any-reality macho, to the rider.
The signature loud (annoying) sound of the exhaust, announces presence of the rider. It fills the need of the less-loved men to imagine them having a ‘presence’.

Essentially, a bullet enables a person to feel good about himself when he is concerned about the inauthenticity and emasculation of his modern identity. Bullet frees him from masculinity anxieties.